A dendrogram is a tree-like diagram that visualizes the successive process for how clusters are formed in a hierarchical clustering algorithm. All of the data points are shown on the x-axis, and branches are drawn from the observations to the clusters they are assigned to. The y-axis represents the cluster distance between existing clusters and observations at each step of the process. As hierarchical clustering does not require the user to pre-specify the number of clusters, a common heuristic to decide on a good number of clusters is to horizontally “cut” the dendrogram at a point where it seems the distance between observations joined to clusters is getting too large. A large distance between observations and existing clusters implies that more dissimilar points are being combined into the same cluster. 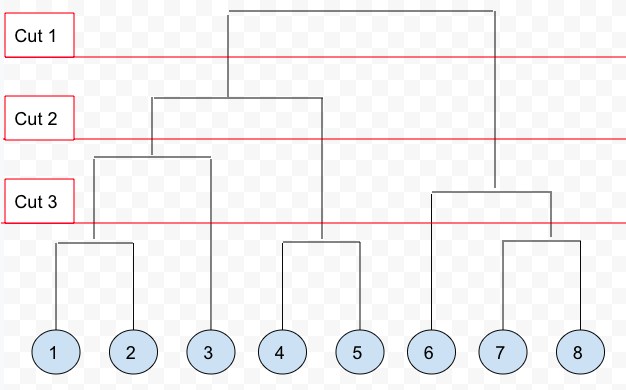