Logistic regression uses a logistic loss function, where the cost for a single observation is represented by:

and the overall loss function is a sum of the individual costs assigned to each observation. 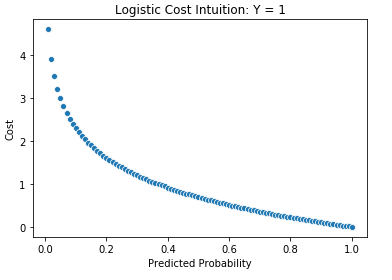 On the other hand, if Y=0, the first term of the cost function goes away, and the relationship between the predicted probability and the remaining term is shown below. Inversely to the case when Y=1, the cost decreases as the prediction approaches 0 and increases as it approaches 1, as one would expect. 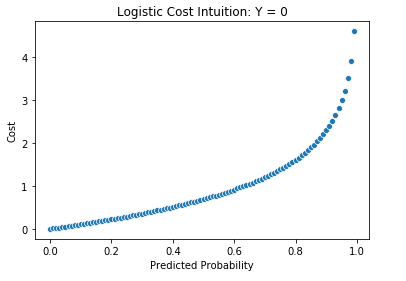